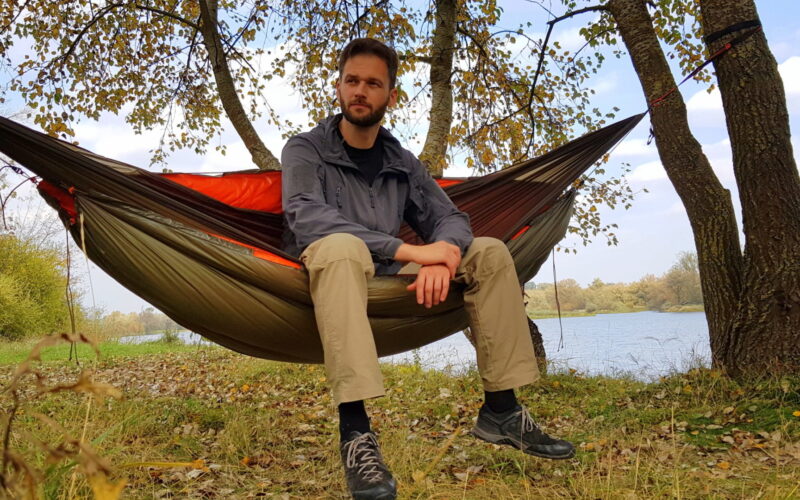 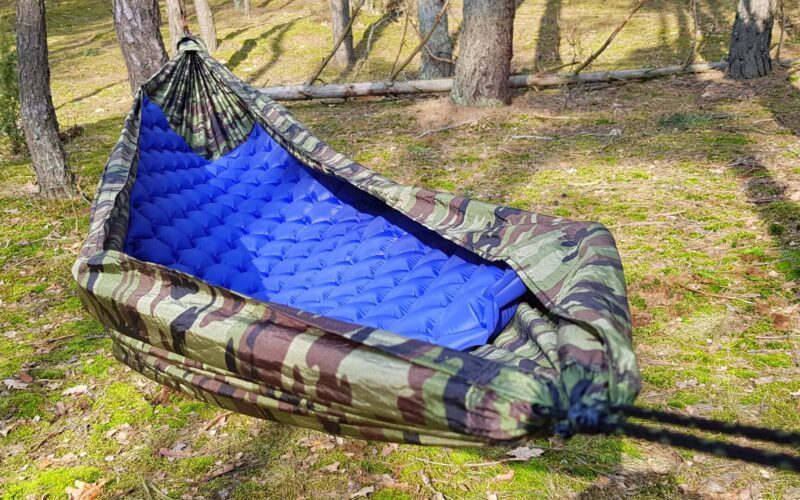 The essence of a tarp.

We have left only what is really necessary for the tarp. It’s one of the lightest multifunction tarps on the market.
Weight: only 340g.

Thanks to the cleverly placed loops and a unique tensioning system, the tarp can be set up in many different ways. It secures comfort and shelter in any situation. Using the natural environment (trees, rocks, holes in the ground) or walking sticks, paddles, or bicycles, you can make a shelter that perfectly protects you in any weather.

You can find more setup ideas in our tarpology.

Everything is ULTRA here – we have paid attention to use even an ultra-light cord stopper.
It weighs less than 0,5g – we have checked – exactly 0,4831g!

What is important – when packed, the tarp just takes up space of 1l bottle!

ULTRALIGHT – Tarp 2×3 / dark olive can be used as wind & rain shelter while hammocking, of course (e.g. with our ultralight hammock).
Thanks to this, it works well as an element of ultralight equipment for a walker, as well as a bicycle tourist, canoeist, fisherman, etc. Generally, if you are an outdoor enthusiast, this is the equipment you definitely need. 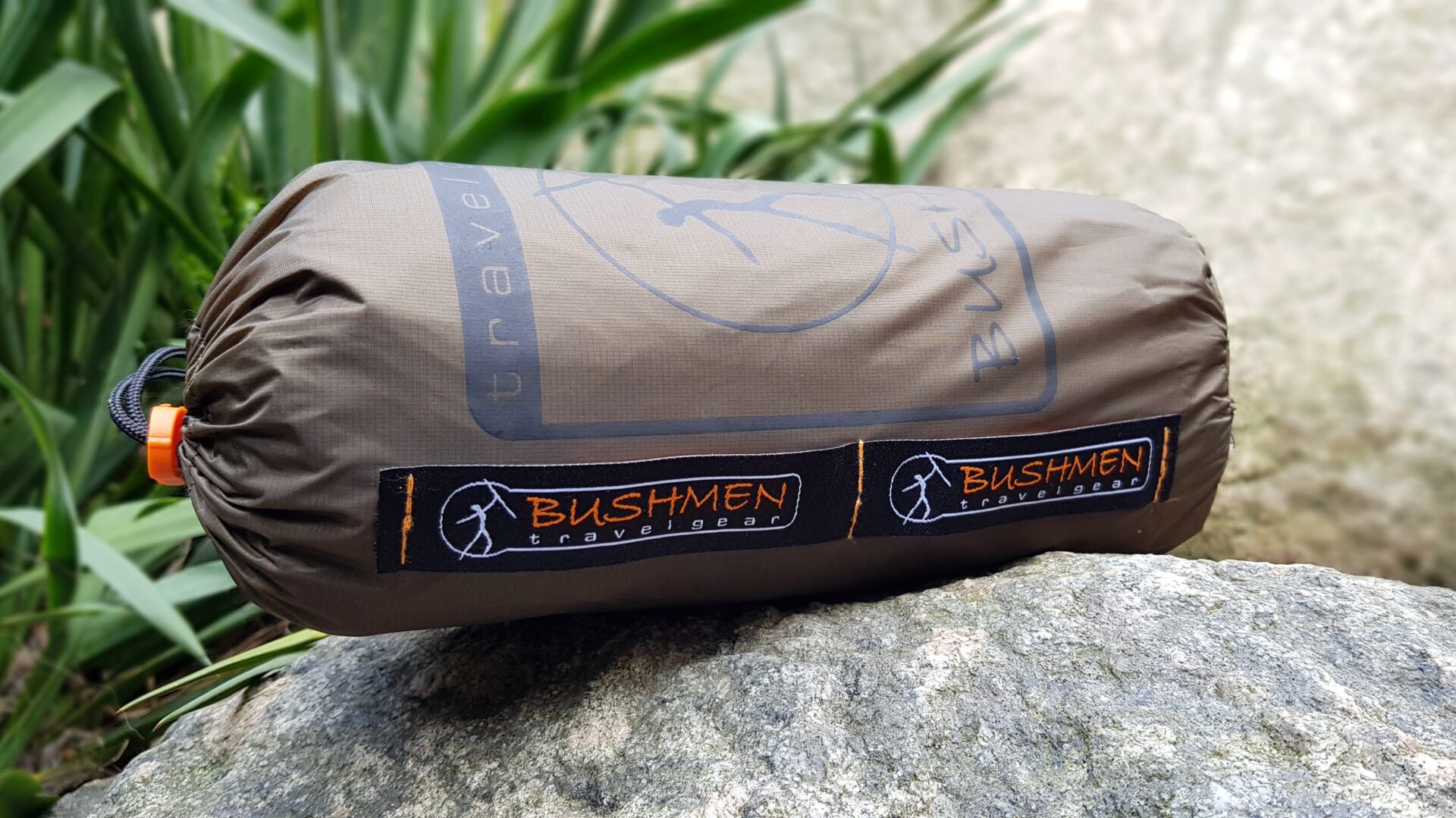 The tarp is sewn using 100% waterproof ultralight 15D silnylon reinforced with a micro rip-stop.
The waterproof silicone layer provides water resistance up to 3500mm H2O.
There are 12 characteristic loops arranged around the tarp as well as 1 loop placed in the middle of the tarp. That’s the must-have of the tarp.

The middle sewing line and the middle loop are reinforced and secured with special black tape. The tape is hot-welded, therefore it permanently bonds with the silicone layer.
This technology ensures full waterproofness and maximum strength of the tarp.

Specially designed loops are much easier to use than classic ones.

The characteristic clearance between the loop tapes not only makes it easier to work in difficult conditions but also allows the tape to better fit around the lashings.
An inconspicuous change in the construction of the loop also allows for better/wider distribution forces acting on the tarp edges. For this reason, we could resign from sewn reinforcements on the sides without losing strength. The loops on the corners are the most exposed to overloading. Therefore we left traditional reinforcements, thanks to which our tarps are even stronger.

Tensioning cords are a kind of fuse additionally.
They keep the safety of the use of the tarp. It is ensured by a suspension system built with tensioning cords.
They are designed to absorb any stresses arising during use. In the situation that the stresses or forces acting on the tarp are bigger, than those provided by the manufacturer, the cord slips out of the hook.
This is the alarm signal and the intended way to protect the tarp from damage.
In this way, the plastic hooks on the ends of the tensioners act as fuses.

The bag, of the tarp, is equipped with handles and loops.
They are placed both along and on the bottom of the bag.
The handles allow you to comfortably attach the tarp sack to your backpack without fear of accidentally slipping during transport.
They make it easy to carry and remove from places such as a kayak’s beak or just between different luggage.
Also, by interweaving the hammock’s ridgeline with the loops, the bag can be used as a convenient pocket for things that you want to have at hand.
Having folded the sheet, it takes up very little space, it fits in a 1l bag.
The size of 24 x 8 x 8 cm allows it to be put in the outer pocket of the backpack. 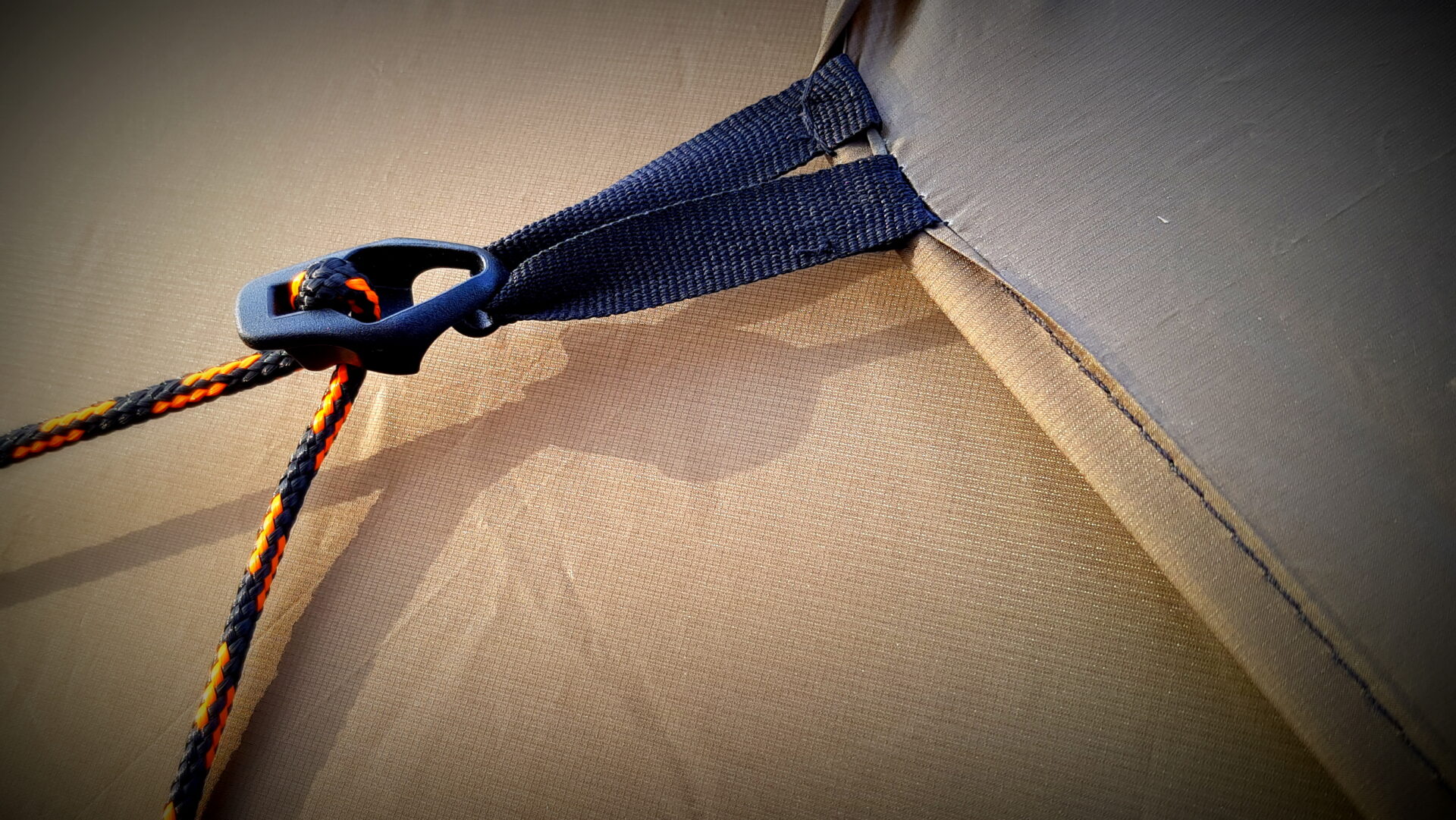 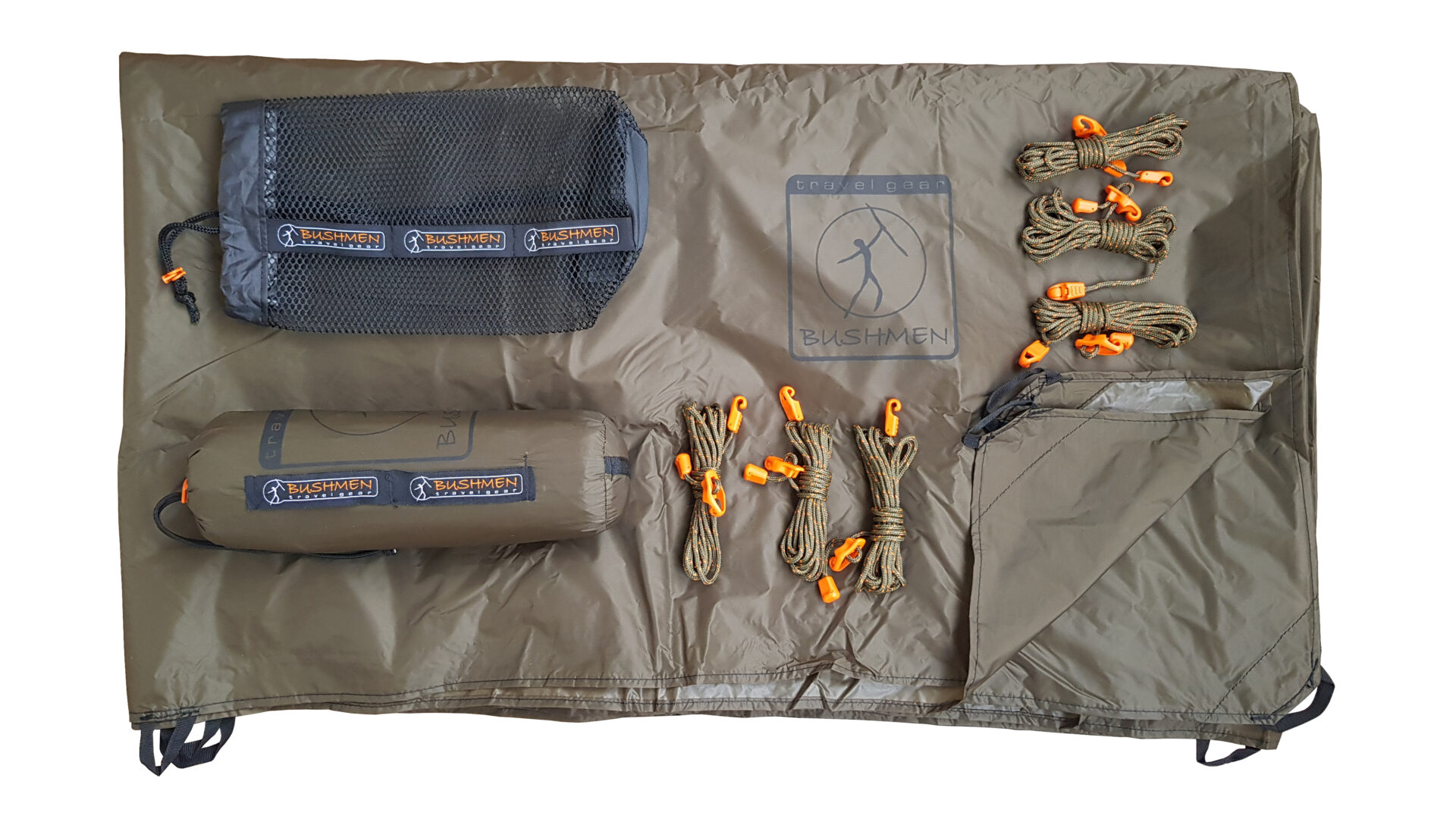 There are no reviews yet.

Only logged in customers who have purchased this product may leave a review.

There are no questions yet

Your question will be answered by a store representative or other customers.

Thank you for the question!

Your question has been received and will be answered soon. Please do not submit the same question again.

Thank you for the answer!

Your answer has been received and will be published soon. Please do not submit the same answer again. 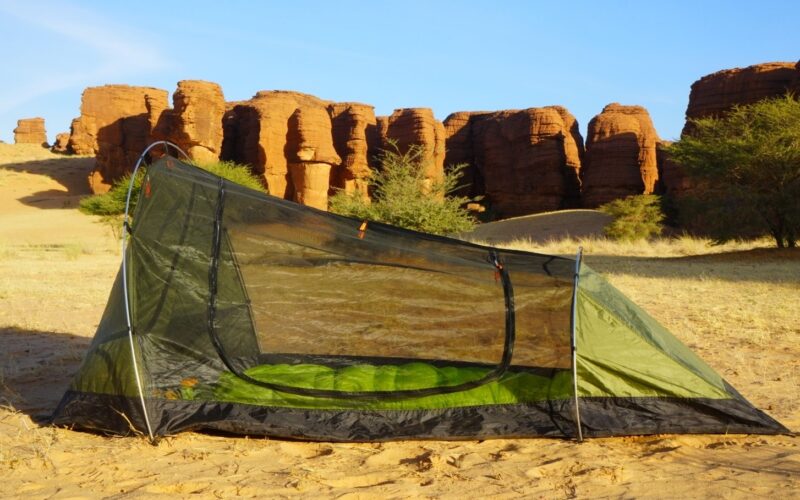 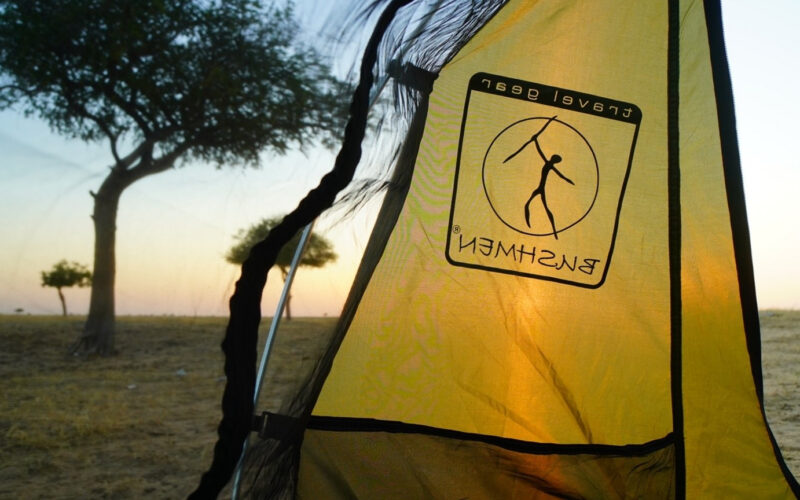 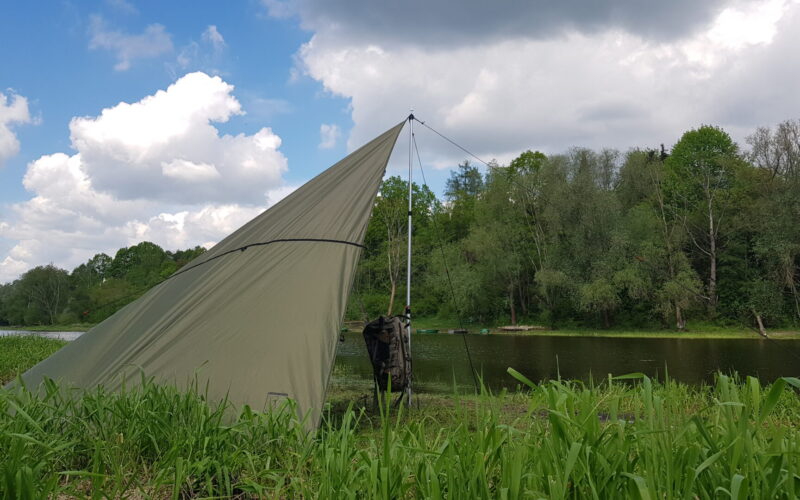 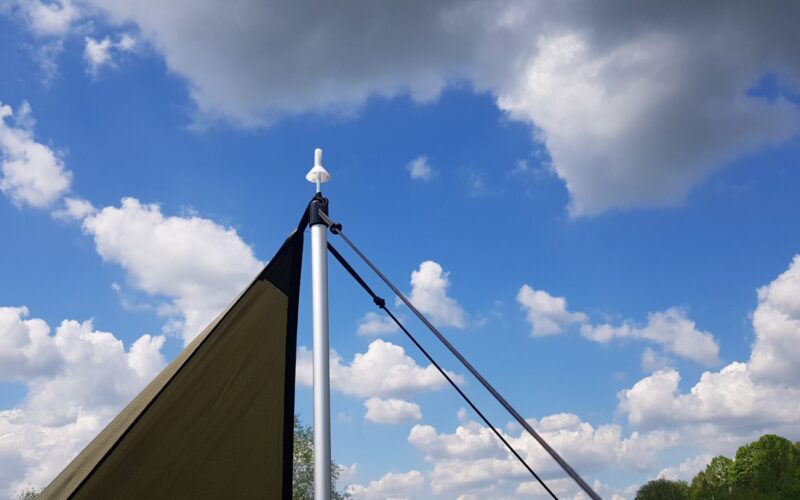 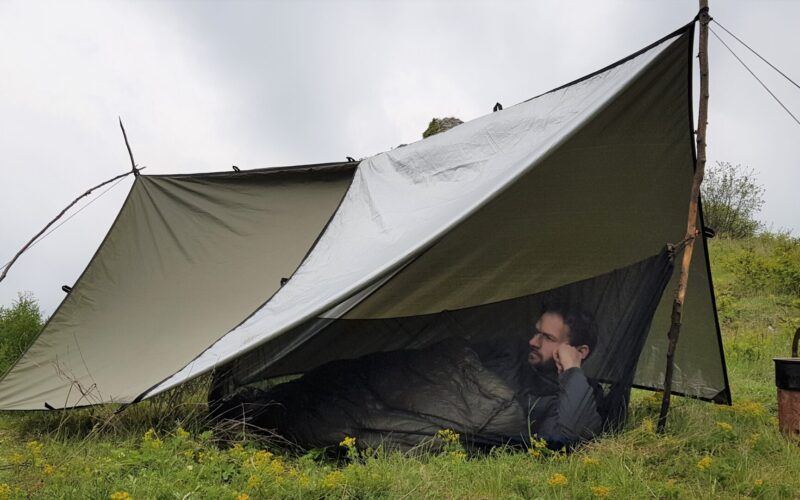 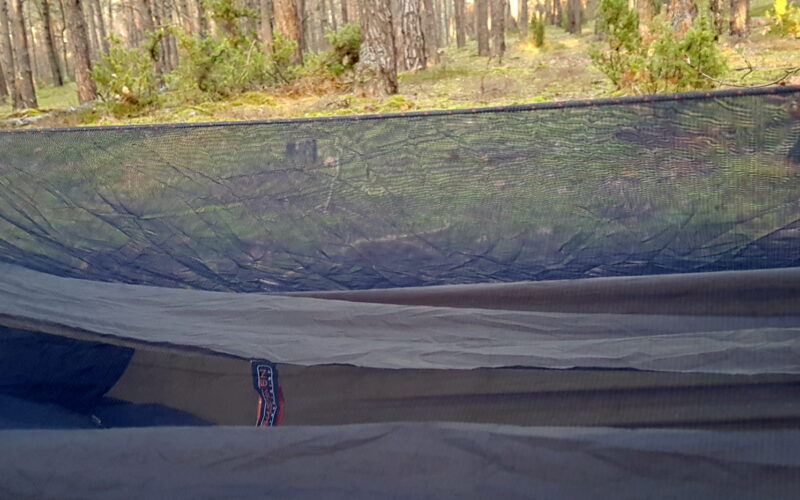 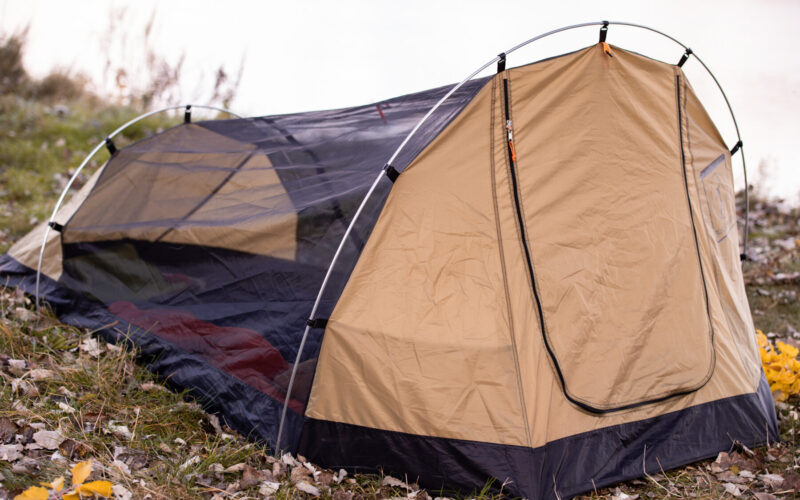 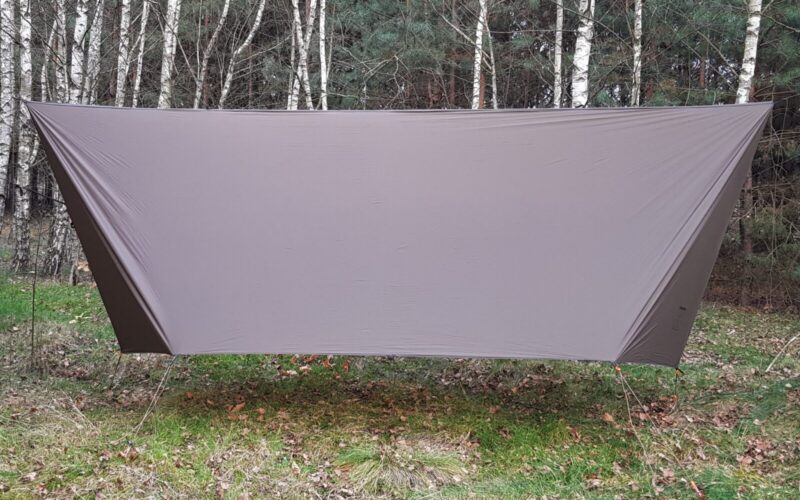 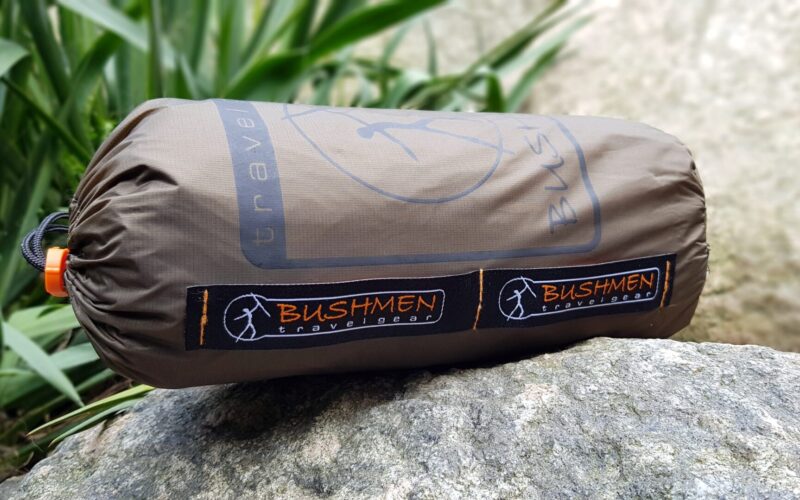